Felicity is doing just great, seven years old for a few months now.  She is my grumpiest child, my worst sleeper but also super fun.  She cracks me up, she never just walks anywhere, she always skips or jumps or dances around.  She is doing VERY well in school, reading at a late second grade level, tra la la, she is just fine! She is addicted to the iPad which drives me crazy, I really don't think it's good for her.

It's a real conundrum, the iPad situation.  I am so tired/busy/dejected/uncaring, that I don't want to spend all night talking about the iPad so I have gotten into a bad habit of letting her on it too much.  I have to think of other stuff for them to do but they are SO unpleasant when I don't let them on it, it just makes MY life miserable so why do I want to do that? I mean, I KNOW why I want to do that.  I want to do that so that she doesn't turn into a robot person but lord, they are all a pain.

You know, I was storming around my kitchen this morning, mad at everyone, and then when I was driving to work, I was regretting it, as usual.  On Mondays, I have to go to work too, so I'm trying to get myself ready for my busiest day at work, I have to bring lunch and a snack and it's just a long day.  Those girls are all just sitting around, playing on the damned electronics.  I SHOULD, I suppose, go and check everyone's jackets and make sure that their gloves are in their pockets and that they have one of the FIFTY scarves made available to them at the ready but I don't because I am racing around trying to get coffee into a thermos and get my lunch together.  So I told Felicity TOO LATE! Put your hands in your pockets because you don't have TIME to find gloves now!

But then I was thinking on the way to work, I'm probably so short tempered because I'm so old.  I work with a thirty year old who has a Felicity aged child and that child is so much luckier than Fifi.  And it's just not something I thought of, clearly enough, when I started at such a late stage of my life.  I foolishly thought that the hard part was having them, being healthy enough to bear them and feed them as teeny babies.  That was dumb, I see now.

But what to do? I have to keep being her mom, so I have to make myself younger, or at least deal better with my old age.  I'm working on it.  Stay tuned, ha!

Oh! I forgot! She's getting tubes in her ears on 12/10.  She had seven documented ear infections this year, that was just at the Minute Clinic, I think she probably had three more at the other clinic.  In other words, too many! So this should help, she will miss a day of school and she is nervous but I think it will be fine.  Think of us on the tenth! 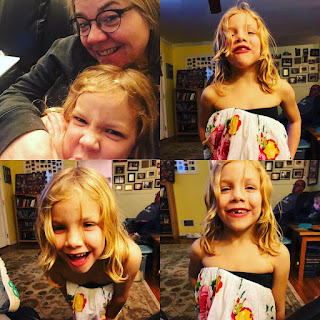 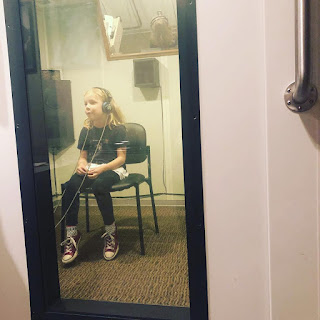 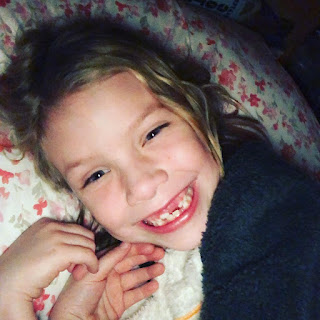 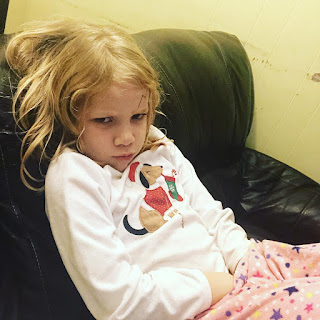 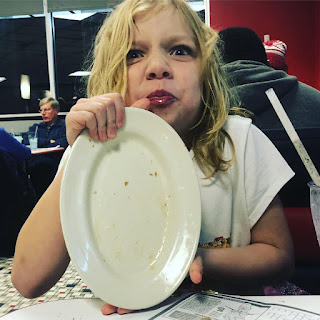